With Captain America: The Winter Soldier out in theatres, I have Marvel superheroes on the brain. And I’ve realized that Marvel’s The Avengers is not just a story about a superhero team—it’s a story about communication.

Samuel L. Jackson’s Nick Fury spends the first half of the Avengers movie gathering the team and trying to get them to work together. This is an uphill battle, largely because of the team members’ different communication styles. They may be talking to each other, but they are not communicating. It’s only when they learn to adjust their styles that they become an effective fighting force.

If you want to work well with your own team, you may need to adjust your communication style. Ask yourself: Which Avenger should I be today?

Let’s take a look at some of your options. 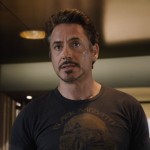 “The Avengers. It’s what we call ourselves, sort of like a team. ‘Earth’s Mightiest Heroes’ type of thing.”

Iron Man is the life of the party. He’s the casual genius who talks a lot and makes people laugh. It’s time to be Iron Man when you are hanging out with good friends and colleagues or writing a friendly note to someone you know well. Just be careful you don’t let your words run away from you—sometimes Iron Man can talk too much and annoy supervillains. Bad idea.

“So you take the world I love as recompense for your imagined slights?”

Thor is a Norse god, so he uses formal language and makes solemn pronouncements. You may need to channel Thor when you are speaking with strangers, apologizing to unhappy customers, or writing up a business proposal. Just don’t come across as too formal—otherwise you’ll be known as the unfriendly person with the scary hammer. 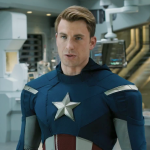 “I went under, the world was at war, I wake up, they say we won. They didn’t say what we lost.”

Captain America is honest and straightforward. He comes from a military background, so he’s used to getting to the point. Be Captain America with managers and executives—they love quick messages that tell it like it is (otherwise known as executive summaries). You may need to tweak this style when you feel the need to be tactful. Otherwise, it’s good to be the Cap.

When all else fails, it’s time to be the Hulk. Get your green on when you need to let people know it’s your way or the highway. You may want to use more words than the Hulk, though. And possibly not smash as many things. Especially if you want people to ever talk to you again.

So, there you have it. Different communication styles work well for different situations. What are you going to face today? Who are you going to need to be? Maybe you should try a new style on for size. Then you, too, can be part of a mighty team.

Which Avenger will you be today? Inquiring minds want to know…

13 thoughts on “Which Avenger will you be today?”